Pakistan's economy was deliberately misunderstood in order to convince masses that everything is fine. 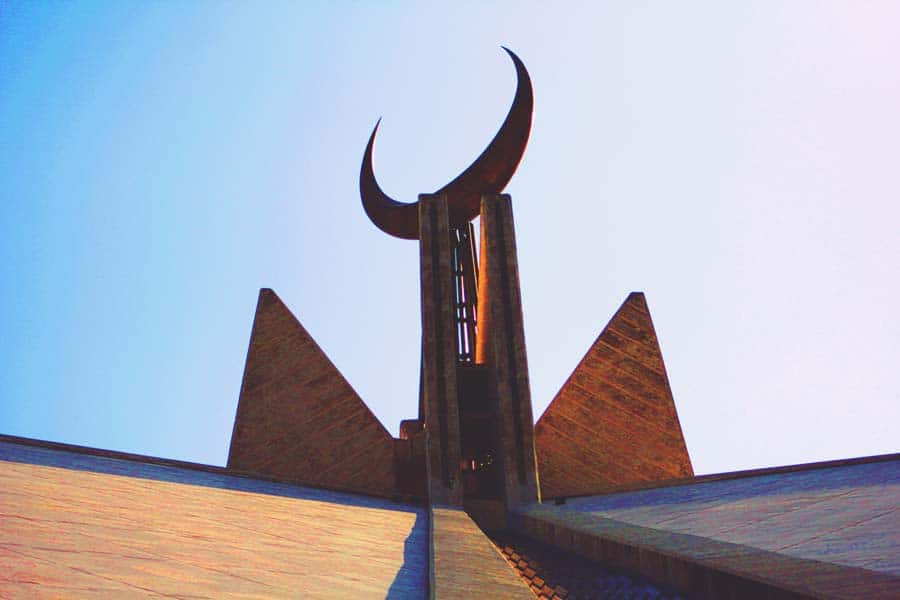 Commonly, we hear that from 2013 to 2018, Pakistan's economy went upward trajectory, coupled with a stable exchange rate and steady inflation which boosted the economy. However, the government adopted short term solutions instead of sustainable long term policies.

This is not the first time in Pakistan's economy is facing a serious crisis, but every economic crisis is much bigger than its predecessor.

Repetitive ups and downs made the Country's economic progress unpredictable. In the last 20 years, Pakistan had multifaceted challenges. Each passing year, efforts were made to subvert the short term issues on the cost of long term economic stability.

Masses started to believe that finally, they are going in the right direction. Little they knew that the Government is addressing macroeconomic indicators only, while fundamental reforms are not made.

Between 2013 and 2017, the total exports went down from $25 billion to $21 billion. Many agree that poor infrastructure leads to power outages and blackouts for more than 16 hours a day; therefore, affected productivity.

Also, Pakistan did not diversify its exports, and due to complex regulations and insane web of different taxes, by each passing year, Pakistan started to lose its competitive edge and an increase in the cost of doing business.

Between 2013 and 2017, the total imports went up from $44 billion to $57 billion. Many argue that this is mostly due to the import of machinery for CPEC projects.

Did you know that between 2014 and 2016, total imports remained stagnant?

However, things changed between 2016 and 2017, a whopping 42% increase in imports, sow the seed of instability which Pakistan is still struggling today to balance.

In Economic Survey of Pakistan (9.1), the Government argue that such imports were inevitable due to CPEC related projects. But this is partially correct. CPEC related machinery accounted for 38% growth while the remaining came from petroleum, food, automobiles and others.

A large portion of Pakistani imports is inelastic, resulting in cost hikes and an increase in the current account deficit.

Over the last 5 years, Pakistan has seen around 45% growth in the power sector. There are around 40 to 45 Independent Power Producers operating in the country. By each passing year, Pakistan relies more on petroleum-based fuels which contribute around 25 to 30% of total import value.

Lack of diversification in energy sources is a significant risk that can completely change the landscape of Pakistan's economy in days. The rising fuel prices is a dent to foreign reserves and real pain for a common man to bear the rising costs.

Revenue growth or an illusion?

However, the devil is in the details.

60% of the direct tax collected is from withholding tax, easy to collect and monitor while an excessive number of indirect taxes result in inflation.

The tax revenue increased was due to the continuation of import led policy, resulting in a hike in indirect and withholding taxes.

In the last five years (2014 to 2018) Pakistan was showing progressive revenue growth, but the tax to GDP ratio remained constant around 10%, showing a bleak picture of tax reforms. Do refer to Tax year books for details.

During the successful closure of the IMF program in 2016, IMF appreciated the government efforts in managing the macroeconomic indicators but also cautioned that if reforms are not made on time, Pakistan soon banging the IMF doors.

How was Growth engineered?

You might be wondering that how come Pakistan made a greate comeback while its exports were declining, tax to GDP ratio was constant and imports were rising.

Thanks to a series of loans given by international lenders.

After the 2013 elections, the new Government went for the IMF program, which allows Pakistan to raise cheaper finance from the international lenders. Also, Pakistan took a few expensive foreign currency loans.

Near mid-2016, Pakistan foreign currency reserves went up to whopping $23 billion, highest in her history, but, this didn't last long.

As Pakistan continues to import more, the current account deficit started to rise sharply, and, to keep the growth momentum, Pakistan did not revalue its currency, and State Bank keeps on providing dollars at a constant rate to banks which later sell the same to importers.

By June 2019, the current account deficit went to whopping around $38 billion, with meagre reserves of around $16 billion.

From December 2017, Pakistan started to devalue its currency to slow down the outflow of dollars, also agreed by the former finance minister. And, this proved to be a costly delay.

Do you know that US Dollars supports Pakistani rupee? More the dollars with State Bank of Pakistan, stronger is the rupee. It does not matter whether the inflow of dollars is from loans, exports or remittances.

An economy, which consumed its forex reserves, built up from loans, to keep its economic growth, is inevitably designed to fall, having little room for the new government to breathe. Ultimately, the poor have to bear the consequences of government decisions.

Therefore, Pakistan's economy needs to grow organically. A certain percentage of GDP growth, perhaps between 4 to 5% is best suited, as whenever Pakistan crosses this limit, her current account deficit increases and it requires pain and time to normalize.

Pakistan requires stable homegrown productivity to sustain its economic growth. Pakistan's economy is the victim of Dutch disease variant but on steroids. Also, to keep the current account deficit, not more than $6 billion to $7 billion, to support growth. In addition, Pakistan needs to document its informal economy in order to collect enough revenues to meet its both ends.

We have to wait until the dust settles.

Photo by Abuzar Xheikh on Unsplash

DisclaimerPrivacy PolicySubscribeContact
©2019-2021-Usama Zulfiqar-All Rights Reserved
The information provided on this website is for informational purposes only, and the author and owner of this website are not held accountable or responsible for the acts, decisions, and opinions formed by the reader/user/visitor.
I cannot warranty the expressions and suggestions of the contents, as well as its accuracy. In addition, to the extent permitted by the law, shall not be responsible for any losses and/or damages due to the usage of the information on my website.
The links contained on this website may lead to external sites, which are provided for convenience only. Any information or statements that appeared in these sites are not sponsored, endorsed, or otherwise approved by Usama Zulfiqar.